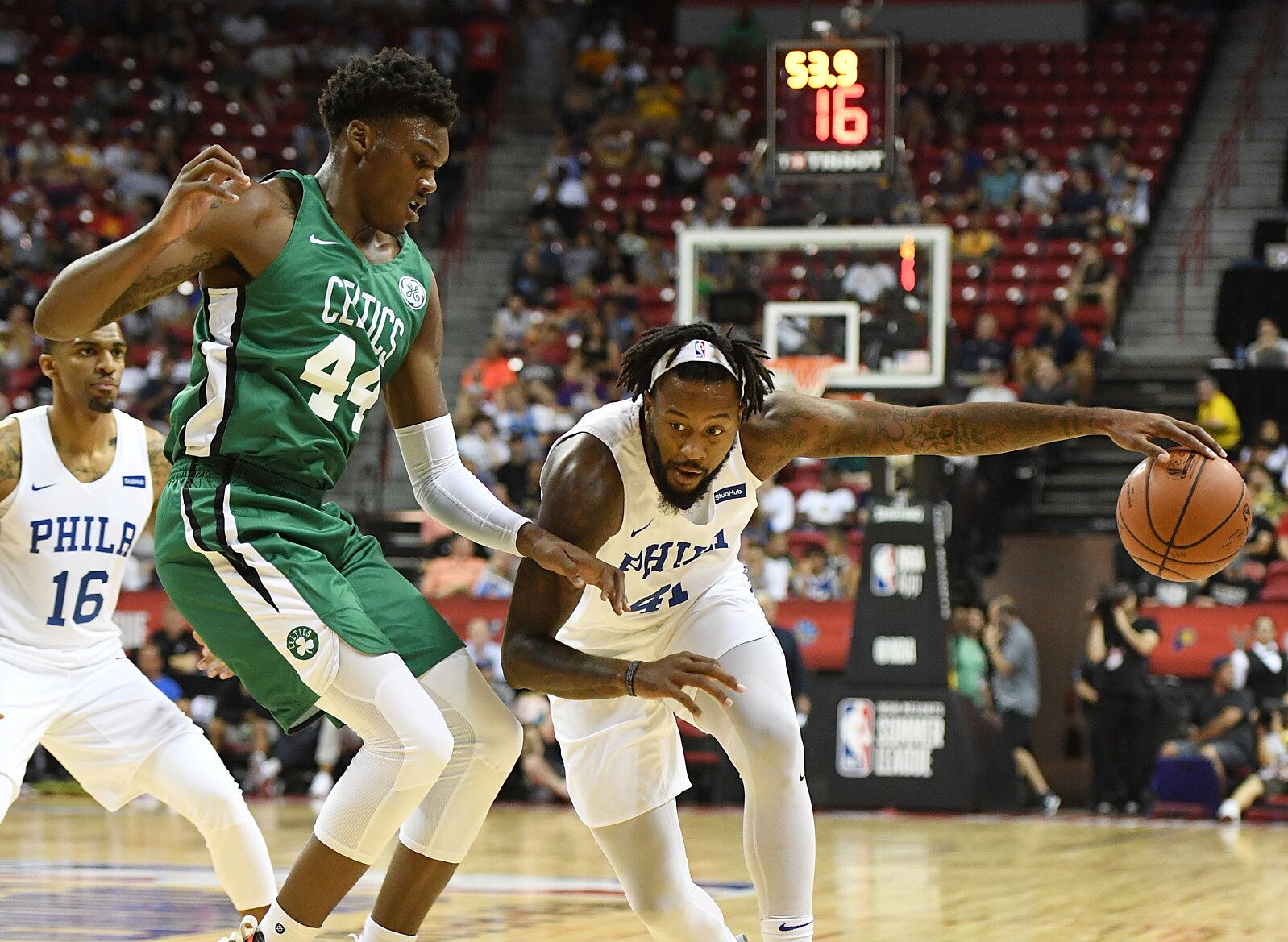 Robert Williams was taken by the Boston Celtics with the 27th pick of the NBA draft. The twenty-year-old big man out of Texas A&M was once projected to go in the lottery – snagging him at the end of the first round earned GM Danny Ainge well-deserved praise.

There’s a lot to like about Williams. He held averages of 10.4 points, 9.2 rebounds, and 2.6 blocks across 25.6 minutes per game in his sophomore campaign at Texas A&M. That’s more blocks per game than 1st overall pick Deandre Ayton and 2nd overall pick Marvin Bagley III had, by the way.

Williams’s physical tools are incredibly impressive. He’s only 6’10 in shoes, but his massive 7’5.5 wingspan (comparable to Anthony Davis and Kevin Durant) allows him to be a disruptive presence on defense. On offense, he uses his massive 240-pound frame and explosive athleticism to simply overwhelm people. He also has a nice feel for the pick and roll game, and a scoring arsenal that shows promise.

There are also things to be worried about. Williams has phenomenal athleticism, but we’ve regularly seen prospects – particularly, perhaps, big men – who struggle to make the leap to the NBA when their physical gifts no longer give them a significant advantage. His jump shot shows potential, but he has a long way to go before he could even be considered a passable mid-range shooter. He has had off-court incidents that raise questions about his mental readiness for the NBA, and his on-court IQ leaves a lot to be desired.

Al Horford fills such a crucial role for the Celtics on both sides of the floor. He glues their offensive system together, and he finished fifth in defensive player of the year voting for a reason. With him turning 32 this past offseason and with Boston’s payroll slated to fill up quickly in the next few years, there’s reason to worry about who could fill Horford’s shoes.

Is Robert Williams the big man of the future for the Boston Celtics?

There’s a lot to unpack. Let’s kick things off by diving into what Williams has to do to help Boston on offense this season.

Jimmy Butler trade rumors 2018: Boston Celtics would look a lot different if they had dealt for star in 2016
For the Boston Celtics, More Stars Are Better. Right?