Los Angeles: American NBA player Kyrie Irving said on Thursday that he “meant no disrespect” after he criticized the US holiday of Thanksgiving. 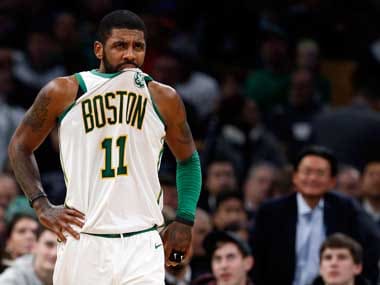 Irving told a reporter who wished him a happy Thanksgiving that he doesn’t celebrate the American holiday. “Fuck Thanksgiving,” he added.

“I spoke with frustration after last night’s game and spoke words that shouldn’t be in a professional setting no matter what,” Irving wrote in a Twitter message on Thursday, the day after he made the comments following a 117-109 loss by his Boston Celtics’ to the New York Knicks.

“Meant no disrespect to the Holiday and those who celebrate it respectfully. I am grateful for the time we all can share with our families. We are always ONE,” he added.

Irving told US media that he is opposed to celebrating Thanksgiving because of his late mother’s Native American heritage. Thanksgiving is one of the most important American holidays.

I spoke w/ frustration after last nights game and spoke words that shouldn’t be in a professional setting no matter what.

Thanksgiving is one of the most important American holidays. Its origins are often cited in a 1621 harvest feast shared by colonists and Native Americans. But Native Americans see the holiday as ignoring abuses perpetrated over the centuries against their people.