3 takeaways from the month of October 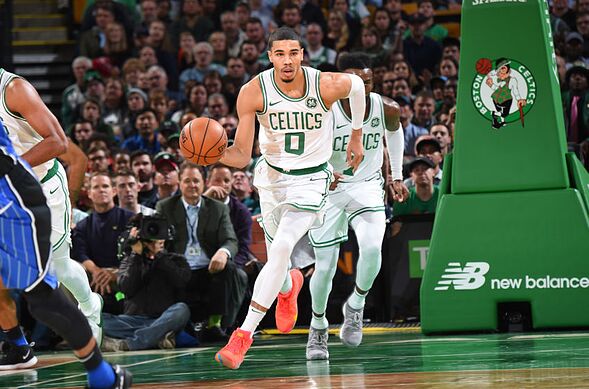 The first month of October has come to a close and it’s time to look at three takeaways for the Boston Celtics early in 2018-19.

The Boston Celtics came into the 2018-19 season with some pretty lofty expectations, which was to be expected when looking at their starting lineup and potential. Despite finishing the month of October with a winning record of 5-2, the Celtics didn’t look all that great at times.

Their two losses came against the Toronto Raptors and the Orlando Magic. The Raptors game highlighted as a potential Eastern Conference Finals matchup. Losing this game wasn’t as bad as because the Raptors have looked like one of the best teams in the league this season. The loss to the Magic hurts, but they’re an improved team to this point.

The Celtics entered the season at full strength, but by the end of the month they’ve already had two injuries — Aron Baynes and Daniel Theis. Injuries were one of the main storylines from last season. Kyrie Irving and Gordon Hayward highlighted the major injuries last year and still don’t look 100 percent yet.

Theis and Baynes didn’t suffer serious injuries, but having those two guys out of the lineup has forced Boston to play without two of its big men. Looking beyond the injuries, the Celtics have had some concerning problems, particularly on the offensive end.

As the season moves along, they should improve on that end of the floor. The reason they’ve been able to win games is because of the success on the defensive end, which was typically how they won games last season.

Without further or do, let’s take a look at three takeaways from the Celtics’ first two weeks of the season.

Boston Celtics: What to expect from Moses Brown in a Cs uniform – Hardwood Houdini