Should the Boston Celtics Trade for Bradley Beal? 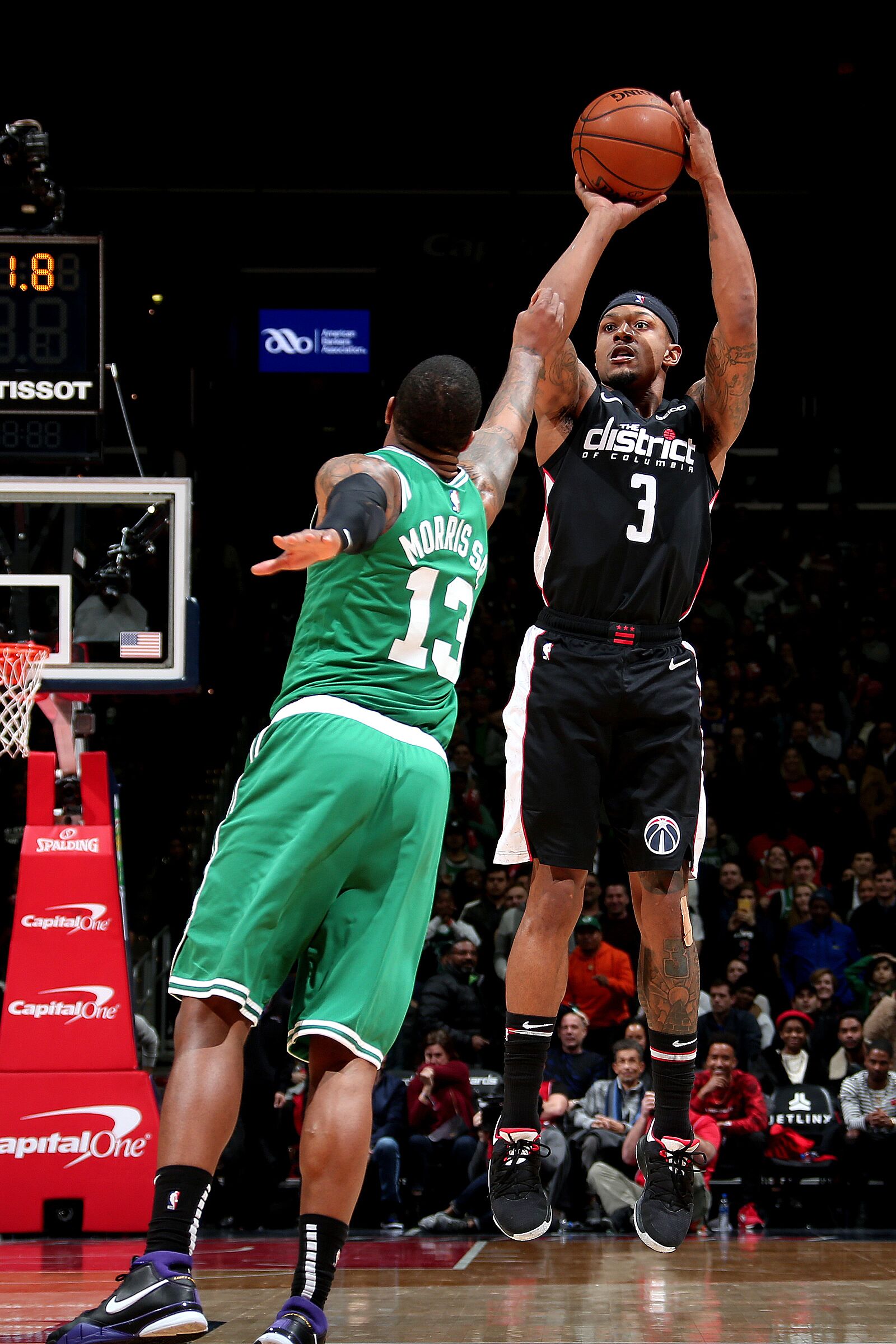 WASHINGTON, DC –  DECEMBER 12: Bradley Beal #3 of the Washington Wizards shoots the ball against the Boston Celtics on December 12, 2018 at Capital One Arena in Washington, DC. NOTE TO USER: User expressly acknowledges and agrees that, by downloading and or using this Photograph, user is consenting to the terms and conditions of the Getty Images License Agreement. Mandatory Copyright Notice: Copyright 2018 NBAE (Photo by Ned Dishman/NBAE via Getty Images)

Unless otherwise stated, all stats obtained from NBA.com

The Boston Celtics are in an envious spot for many teams; laden with assets, lucky enough to be in a large market, beloved by their fanbase, and owners of a proud history of winning which would be a recipe for success for any franchise.

The Celtics’ recent history of player acquisitions through the draft, free agency and trade has been nothing short of masterful as resident shot-caller Danny Ainge has acquired a bevy of versatile, talented and tantalizing players with which to make his championship run. However, this season has not gone entirely to plan thus far; the C’s were supposed to run roughshod over the competition while the rest of the league looked on in awe and envy, I’m reminded of a saying about the best laid plans…

The Celts have been exposed in many different ways this year, Gordon Hayward is not yet the all-star he was before the injury, Terry Rozier and Jaylen Brown have both regressed dramatically after their breakout performances last season, Jayson Tatum has developed some bad habits that are proving the be difficult to kick, Al Horford’s balky knee has slowed him down a step or two, and the injury bug keeps rearing its ugly head to bite the C’s when they can least afford it.

Most concerning from the Celtics’ perspective is that the overlap in skills they have due to a bevy of versatile playmaking guard/forwards who can all pass, handle and score has not resulted in the orchestra of basketball brilliance fans envisioned. Many have pondered whether a consolidation of skills and assets is needed to smooth out the rotation, and clearly define the roles and hierarchy on this team.

Whilst C’s fans dream longingly of a certain single-browed individual donning the green, the Celtics are unable to orchestrate a trade for Anthony Davis presently, without including Kyrie Irving, thanks to a quirk in the CBA that only allows a team to acquire one player through trade that had signed a Designated Player Extension, both Irving and Davis are such players. Additionally, a player of Davis’ value, both in terms of production and sentimental value to a franchise like New Orleans, pushes the asking price up astronomically.

With Davis presently unavailable, and the LA Lakers lurking as another potential suitor for AD, should the Celts look elsewhere for help?

In Washington, All-Star Bradley Beal has thrived as both a primary and secondary option at shooting guard for a much-maligned Wizards team that could never really reach its full potential. He is a lethal threat off the catch for 3, with a pure, silky jumper, and advanced dribble moves that allow him to attack with equal force when run off the 3-point line. Playing behind super-max guard John Wall in Washington, Beal is used to playing second fiddle behind an All-NBA guard… He should fit right in; but what are the pros and cons to a deal for Beal? What would it cost? And how would it affect the team’s chances at a championship now and in the future?