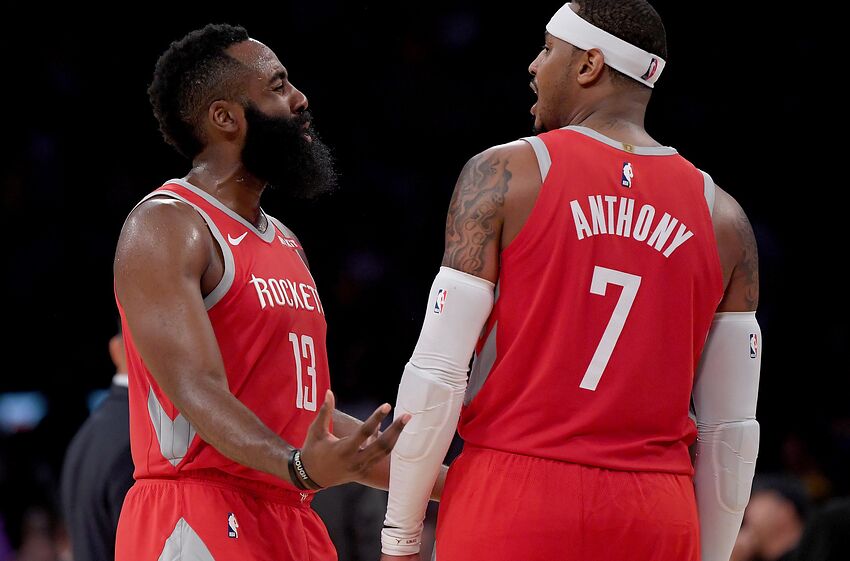 Boston Bruins: 3 takeaways from collapse in Colorado by Sam Minton

The Boston Celtics may need a veteran in the locker room, but Carmelo Anthony is not the answer.

No. No. No. That should be every Boston Celtics fans response to the Carmelo Anthony rumors.

Carmelo Anthony could only harm the already fragile Celtics squad. They don’t need an aging player who can’t hit the broad side of a barn.

Anthony was once a great player, but now he belongs on the bench. The best thing Carmelo can do is retire. He is just ruining his legacy by trying to prolong his career.

Melo has appeared in 10 games and has 13.4 points and 5.4 rebounds. This may seem nice, but the Celtics don’t need a player like Melo.

The Celtics offense is built upon solid ball movement. Anthony would ruin all of that. The only thing Melo loves to do is shoot.

Melo also can’t play any defense. If you think Kyrie Irving struggled to play defense before coming to Boston you will become sick watching Carmelo.

Irving mentioned that the Celtics need a veteran in the locker room, but I think the only thing they need is time. It’s not easy to have such a bevy of talent. Everyone is trying to get their shots up and try and make an impact on the game.

The Celtics already have Al Horford anyway. I would consider him a veteran leader in the locker room.

It looks like the Celtics are on the right track. They dominated the Chicago Bulls on Wednesday night. We may witness the Celtics start to get things together.

So bringing in Carmelo Anthony would only stop that momentum. The Boston Celtics do not need Anthony. The forward is well past his prime. I would rather have Brian Scalabrine back on the Celtics roster.

Next: Brad Stevens puts all blame on self for team’s struggles

Hopefully, Anthony will take the hint and end his career before it is too late.

Why the Boston Celtics would not be better off bringing Gordon Hayward off the bench
NBA Odds: Celtics Slight Home Favorites In Marquee Clash Vs. Raptors | Odds