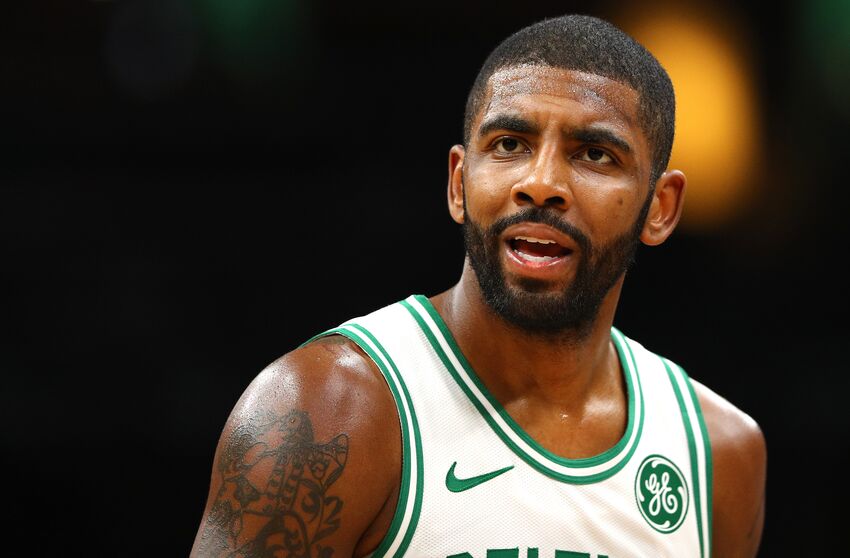 BOSTON, MA – OCTOBER 30: Kyrie Irving #11 of the Boston Celtics looks on during the game against the Detroit Pistons at TD Garden on October 30, 2018 in Boston, Massachusetts. The Celtics defeat the Pistons 108-105. (Photo by Maddie Meyer/Getty Images)

Boston Celtics point guard Kyrie Irving wasn’t pleased with Denver Nuggets guard Jamal Murray’s antics at the end of Monday’s game. Irving should be angry but for a different reason.

Kyrie Irving wasn’t a happy camper at the end of the Boston Celtics game on Monday night, and it wasn’t just because the C’s lost.

Jamal Murray lit up the Celtics scoring 48 points. The Denver Nuggets guard was hoping to get 50. With an 8 point lead and the clock winding down, Murray decided to chuck a shot up at the buzzer to try and get 50 points. He missed and the Celtics were not happy.

There isn’t really a reason to shoot the ball up 8 points. This would be like bunting in the 8th inning of a 10-1 baseball game. It is an unwritten rule and Murray is clearly in the wrong.

Murray and some members of the Celtics exchanged words and the conflict culminated with Kyrie Irving launching the ball into the stands. Now I love this move. This is similar to Irving’s infamous exchange with a Philadelphia 76ers fan last season.

After the war of words with the fan, Boston went on a long winning streak. Hopefully, the clowning by Murray will have the same effect.

Why Kyrie should really be angry

Now I am okay with Kyrie getting angry, but the Celtics have bigger problems. Boston is playing terrible defensive basketball.

The Celtics were known for their great defense last season. Boston could lock opposing teams down. This season they are playing terribly on the defensive side of the ball.

Kyrie shouldn’t be mad that Murray tried to score 50 points. He should be mad that he and the team played poor defense and allowed Murray to score at will.

Irving has started to play really well. He is racking up points and looking like the Kyrie that fans know and love. Irving could score all the points he wants, but if the Celtics continue to give up points like they are, it won’t matter.

It seems like every game the Celtics are giving up more than 100 points. It may be cliche, but defense wins championships.

Next: Top 5 Boston Celtics players of the 21st century

So if the Boston Celtics want to win games and have a succesful season they need to start playing better defense.