Detroit Pistons vs. Boston Celtics: What to watch for 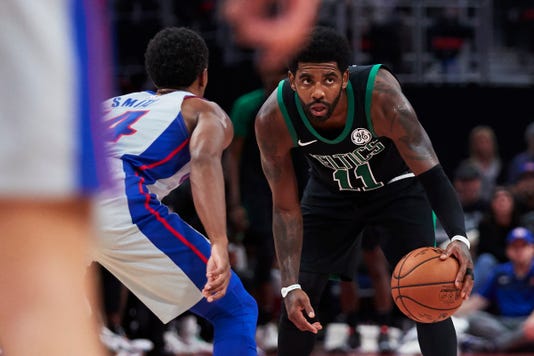 Let’s play two: The Celtics ended the Pistons’ 4-0 start with a 20-point thumping at Little Caesars Arena on Saturday. The Pistons won’t have to deal with Celtics big man Daniel Theis, who was the unsung hero with 17 points in 19 minutes off the bench Saturday. Theis is out indefinitely with a foot injury.

Unsung performance: It would have received more notice if the game was competitive, but Johnson held Tatum to six points on 2-for-9 shooting.

Dwane Casey: Pistons let down fans with effort vs. Celtics

Is Kyrie Irving Sacrificing Shots for the Good of the Team?
Theis Remains Optimistic After Tearing Plantar Fascia