Detroit Pistons let down fans with effort vs. Boston Celtics 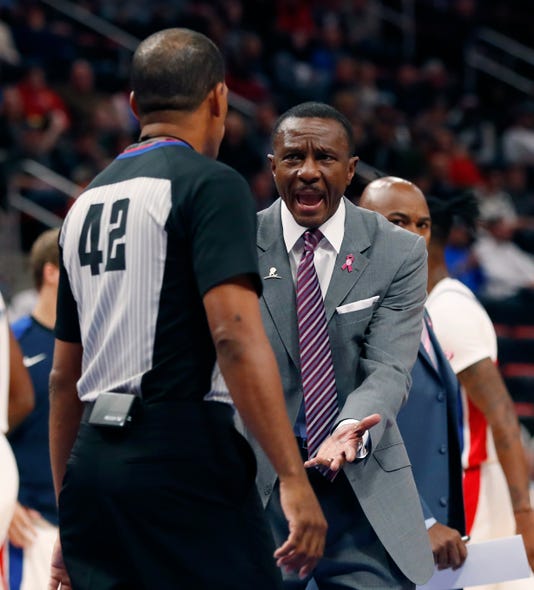 The Detroit Pistons have two playoff appearances in the past decade.

The lack of success has shown at the ticket office at both the Palace and Little Caesars Arena.

The fan base fondly remembers the Bad Boys’ two NBA titles and the unlikely title in 2004.

That fan base is looking for a reason to believe in the current team led by Blake Griffin.

That fan base was deflated when the undefeated Pistons were smashed by 20 points by the Boston Celtics on Saturday night at Little Caesars Arena.

“I felt for our fans because the other night, we had a hot gym,” Casey said after Monday’s practice. “The fans were there, and we came out and played probably our worst game all-around.”

The Pistons (4-1) get another crack at the Celtics on Tuesday night, this time at TD Garden in Boston.

But Casey was clear: If the team doesn’t play with more energy, the result could be the same against one of the most talent-laden teams in the league.

The energy level was lacking in Thursday night’s victory over the Cleveland Cavaliers, but the Pistons still won with relative ease. Cavs coach Ty Lue was fired Sunday.

Casey conceded the Pistons could have been the victims of carryover from Tuesday’s emotionally draining overtime victory over the Philadelphia 76ers.

“I thought we struggled in the Cavs game from that, but with that said, this is the NBA,” Casey said. “They’re still coming. The games are going to come whether we’re fatigued, mentally fatigued and that’s why we’re profession coaches, professional athletes and we have to come out with type of intensity.

“If you need a rest, need a blow, you’re not into it, let us sub and get you out. You have to have five competitors that’s locked in on the court and we’ve done that.”

The screens must have a physicality.

The cuts must have purpose.

The effort must be there in getting back on defense.

“I’ll take the blame,” Casey said. “Our disposition was not good.

“Our disposition has to be one with a chip on our shoulder. The fight has to be there because in the NBA, the game’s never over. 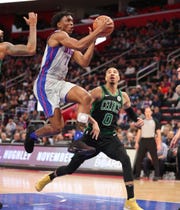 It’s a low bar, but Stanley Johnson has been the best wing player.

He scored 16 points against the Celtics and held Celtics young star Jayson Tatum to six points.

But it went beyond scoring and defending.

“Everything he did was hard,” Casey said. “He ran the floor hard, he attacked the rim hard, he defended hard — whoever he was guarding. It wasn’t just his one-on-one against Tatum.

“I just loved his approach, his disposition, how hard he played. Good things happen when you that. It helps you make a shot, it helps you score, it helps you do a lot of different things if you go with that type of intensity.

“He did it today in practice.”

Questioning everything about the Boston Celtics – Celtics Blog

Celtics Dealt Another Health Blow Ahead of Sixers Matchup – Celtics.com

Boston Celtics: 2 Cs who should be considered for starting roles – Hardwood Houdini

Boston Celtics rumors: Aaron Gordon may not want Cs trade…or any deal at all – Hardwood Houdini

Report: These are the “City” jerseys the Boston Celtics will wear
Boston’s 11 championship teams since 2001, ranked