Grizzlies shooting guard Justin Holdiay talks about the challenges of meshing with a new team after joining Memphis from Chicago Bulls.
David Cobb, The Commercial Appeal

They could not match Irving, who scored 28 of his 38 points in the second half to lead the Celtics to a 122-116 win over the Grizzlies. 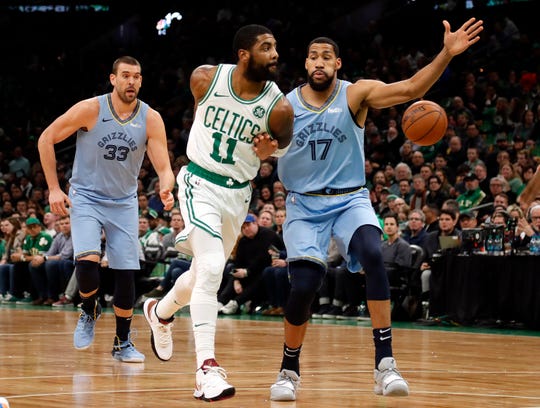 Memphis (19-26) roared back from a 16-point second quarter deficit by showing more offensive prowess than it had in weeks, thanks to another quality outing from the bench.

How far back are the Grizzlies?: NBA Western Conference standings

Then, Irving scored 20 points in the third quarter to give the Celtics (27-18) a 96-91 lead entering the fourth quarter.

Memphis never led in the fourth quarter as it lost a fourth straight game.

Big names: Marcus Smart started 4-for-4 from the field, with his fourth 3-pointer giving Boston a 42-26 lead with 9:40 left in the first half. He entered averaging just 7.7 points per game but finished with 20 points for the Celtics on 7-of-9 shooting.

The ever sly Mike Conley quietly led the Grizzlies with 26 points. 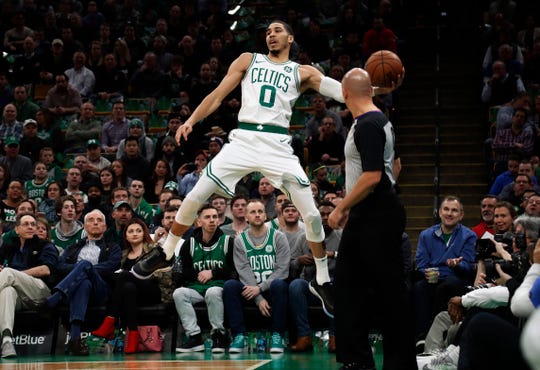 Jaren Jackson Jr. scored nine points in the first quarter before picking up his second foul and going to the bench. After re-entering early in the second quarter, he promptly scored again, reaching 11 points. But he quickly picked up his third foul and went to the bench for the rest of the half with just 10 minutes played.

Jackson finished with 23 points after hitting a pair of late 3-pointers with the game out of reach.

Notable: Justin Holiday finally found some shooting success. His pair of corner 3-pointers late in the second quarter helped the Grizzlies take a 62-58 lead to halftime after the team fell behind 16.

Quotable: “It would boost us for sure. The ability to shoot the three and make the three is obviously today’s NBA. It puts pressure on defenses because now you’re spread out. It opens up lanes for guys to drive. So the ability to make shots, period. You look around the league, that’s where the league is going. It’s position-less league with a bunch of guys on the floor who can make shots.” – Grizzlies coach J.B. Bickerstaff on how having an effective corner 3-point specialist would help the team.

Helping out: Why the Memphis Grizzlies are giving tickets to furloughed government employees Monday