5 veterans who could be a presence in the locker room 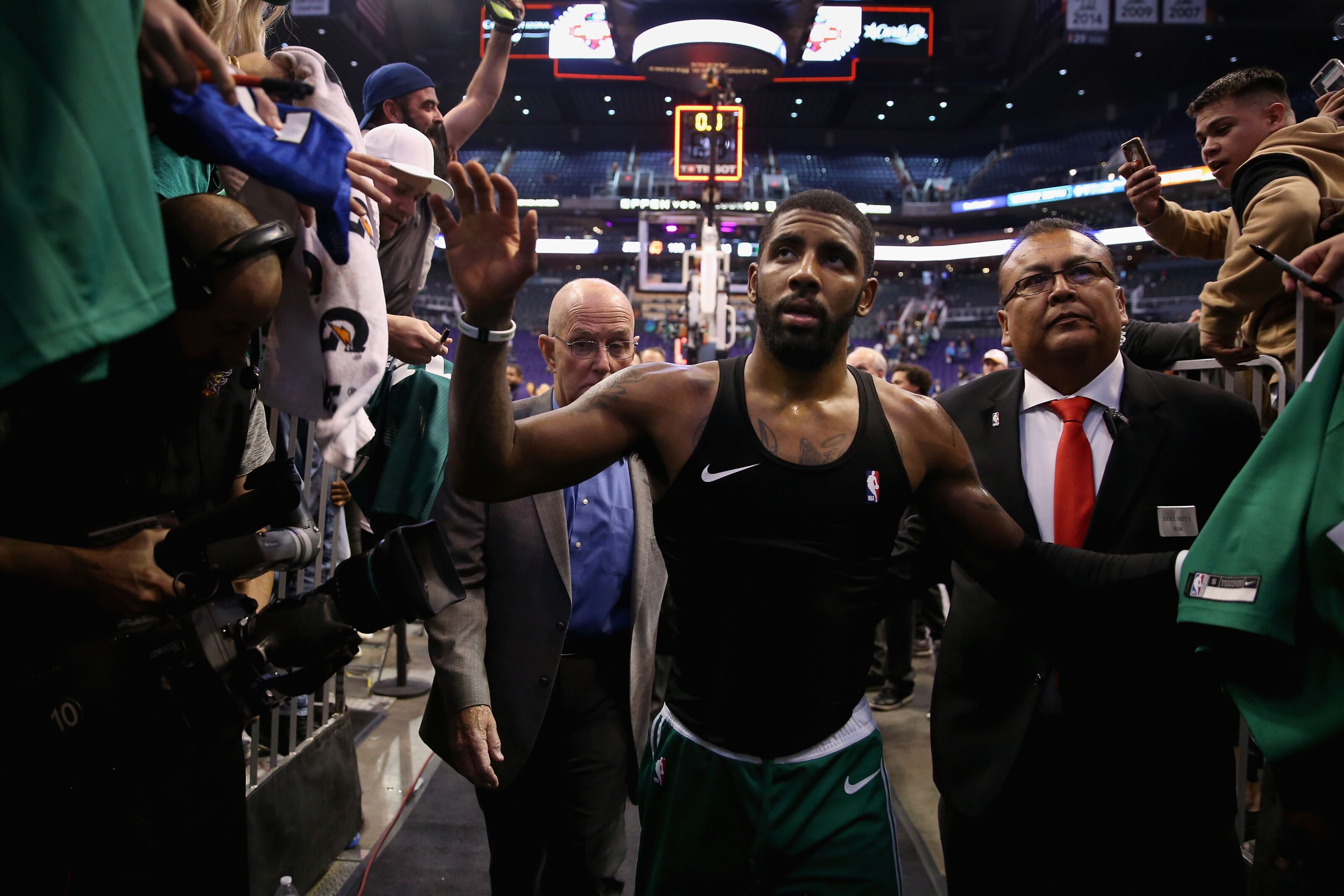 The Boston Celtics are struggling, and Kyrie Irving feels the team need a veteran presence to help whip the young guys back into shape.

The Boston Celtics aren’t off to the greatest start and one reason is some players aren’t playing up to their capabilities or with a since of urgency.

In trying to work players like Kyrie Irving and Gordon Hayward back into the mix, the early season struggles are not surprising.  What is surprising is how the team seems to be unable to overcome those struggles.

While Celtics head coach Brad Stevens is doing his part by experimenting to see which players work well together, Irving feels the team is missing a 14-15-year vet to help the young players understand the grind of the long NBA regular season.

Following the team’s 1-4 road trip, Kyrie said the following, via Adam Himmelsbach of the Boston Globe:

“Right now I think it would be nice if we had someone that was a 15-year vet, a 14-year vet that could kind of help us race along the regular season and understand it’s a long marathon rather than just a full-on sprint.”

That statement by Irving immediately opened up speculation about the team eventually going after Carmelo Anthony.  That is not the kind of player this team needs.

Back in 2008, although Kevin Garnett, Paul Pierce and Ray Allen were experienced veterans, it was a player like PJ Brown who really put the team over the top.  That kind of similar player will work on a talented roster like the Boston Celtics.

Here are five veterans who could provide that leadership on and off the court.